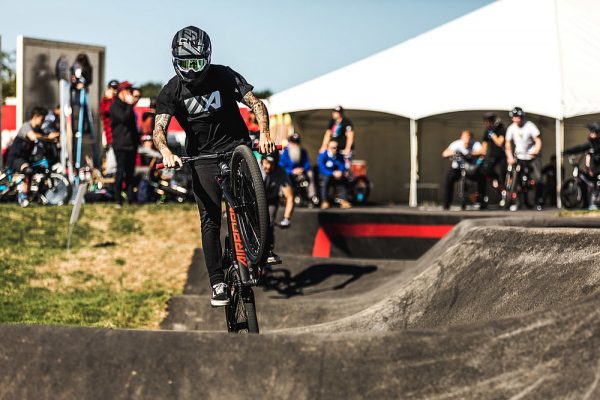 The enthusiastic crowd braved the elements and stuck it out to the end as the competitors battled on track, with Tommy Zula sealing gold in the thrilling Men’s final on his 26-inch MTB against junior BMXer Tristan Borel from Switzerland, with Frenchman Eddy Clerte claiming the bronze medal.
In the Women’s event, talented teenager Payton Ridenour stormed to the gold medal against Nadine Aeberhard from Switzerland, with 2018 winner Von Niederhäusern making do with the bronze medal this time.